Divorce is the termination of a marital union by the judge. Whereas as a rule it is the spouse who files for divorce, in exceptional circumstances a legal representative too may file for divorce. .

Grounds for divorce in Turkish Law are divided into two; special and general grounds.

In case of very inappropriate treatment, There must be an attack on the bodily integrity or health of the partner. This attack does not have to be continuous, but must be done deliberately. Degrading treatment is an unwarranted attack on the honor of the other spouse. These grounds for divorce are absolute, meaning the judge must rule on divorce when they are discovered. . The right to file for divorce is forfeited in case of forgiveness. .

4) Abandonment: Abandonment is the forth ground for divorce. One of the spouses must be deserted the other one with the purpose of not performing their obligations arising from the union of marriage. Also, the abandoning spouse must not have returned to the joint residence without a just cause, and separation must have lasted at least six months before the abandoned spouse may file for divorce. The judge must role on divorce if the conditions satisfy abandonment, since it is an absolute ground for divorce in Turkish Law.

5) Mental Illness: The last special ground for divorce is mental illness. It should have been determined by the official medical board report that the mentally ill spouse cannot recover and the common life must become unbearable for the other spouse due to the mental illness.

General grounds for divorce in Turkish Law are divided into three:

It is accepted that the marital union has been fundamentally shattered in the last two states but it is sufficient to prove that the conditions required by the law are fulfilled at the first state.

In case of separation, it must be proved that the marriage union is fundamentally shattered. The other two cases, on the other hand, satisfy the legal conditions for divorce.

As a result of divorce, matrimonial property between the spouses is divided. A divorced woman takes back her maiden name unless. she can prove that using her divorce husband’s surname will not harm the husband. Another consequence of divorce is that the inheritance rights of spouses are forfeited.

The judge also decides the custody of the children ex officio(Automatically). The suppose who is not granted custody is obliged to participate in the care of the child. This party must give alimony to the child in proportion with their wealth. This is called subsidiary alimony or child support.

Claims for pecuniary and non-pecuniary compensation and alimony are the financial consequences of divorce in Turkish Law. The compensation can be decided by the judge if there is a claim. 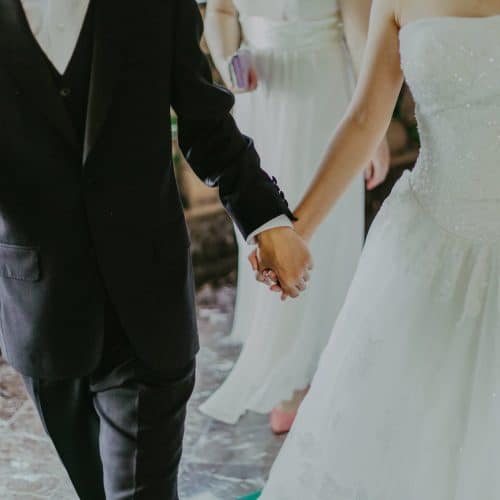 How to Get Married in Turkey